For the second consecutive year, Xcel Energy has hit a major milestone in its journey to deliver 100% carbon-free electricity by 2050, even after factoring in the pandemic’s effect on its operations. The company broke its own record for a single-year drop in emissions in 2020, cutting carbon emissions company-wide by approximately six million tons. This 12% reduction over 2019 levels is equivalent to taking about 1.2 million cars off the road for the year. In 2019, Xcel Energy reduced emissions 10% over the previous year.

Xcel Energy’s 2020 carbon reductions outpaced the industry, which is ahead of any other part of the economy. At the end of 2020, it is estimated the U.S. electric power sector had reduced carbon emissions just under 40% from 2005 levels, according to data from the U.S. Energy Information Administration. 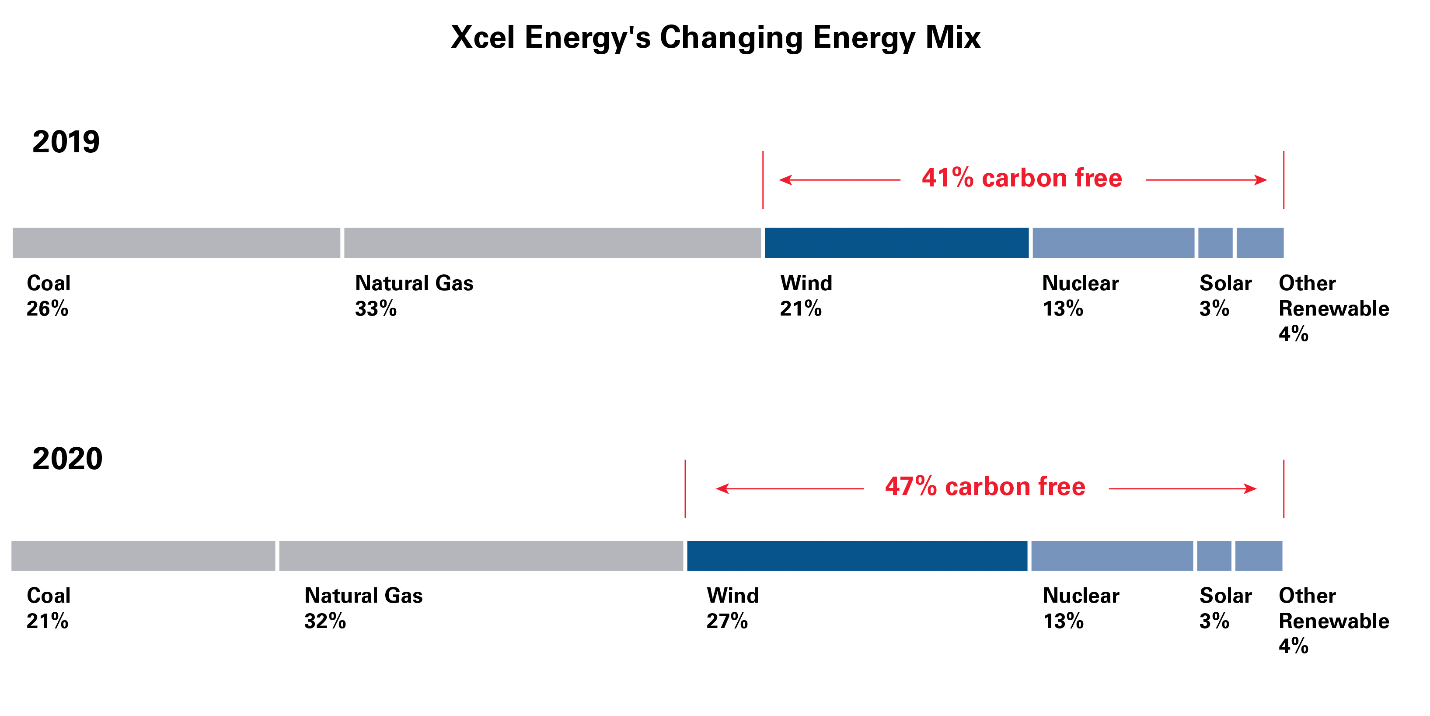 The company’s energy mix is shifting, becoming increasingly cleaner and reducing its carbon footprint. By cutting its emissions 51% since 2005, Xcel Energy is halfway to realizing its vision to deliver 100% carbon-free electricity by 2050 in its quest to lead the nation’s clean energy transition.

See how Xcel Energy is building a carbon-free future.