Xcel Energy’s sponsorships are an important part of our commitment to our communities. Despite the challenges presented by the coronavirus pandemic, the company has found creative ways to maintain sponsorship activations. What follows are highlights showing how the company has shifted these partnerships while continuing to provide value and maintain visibility in the communities we serve.

In normal times, as corporate sponsors of the Minnesota Vikings and Denver Broncos, Xcel Energy and our commitment to our communities were often on display during National Football League games at U.S. Bank Stadium and Empower Field at Mile High. After having a full season planned out with the Vikings and Broncos prior to the pandemic, mostly in-stadium signage, hospitality, and networking opportunities, and in-person events, we had to completely pivot and figure out how to connect with our audiences while preserving these important relationships.

In November 2020, the Vikings Table Food Truck and Xcel Energy rolled up to the Boys & Girls Club in St. Paul to talk to kids about the energy that powers their daily lives, and also provide them with a healthy meal from the food truck. Since we know saving energy and money is important to our customers, even more so during a pandemic, we also provided 33 local families with visits from the Home Energy Squad. This video highlights our visit.

With the Denver Broncos, we made up for missed opportunities inside the stadium and other hospitality agreements by creating a Lineman vs. Lineman digital series. We also partnered with the Broncos on a video with radio local personality and Broncos’ alum Nick Ferguson to promote the Home Energy Squad in Colorado. Nick received a Home Energy Squad consultation (with all COVID-19 precautions in place). This was another way to educate and inform customers about our energy- and ultimately money-saving opportunities for them, specifically our in-person and virtual Home Energy Squad visits.

Minnesota United’s Eye of the Loon

For a second consecutive year, Xcel Energy partnered with the Minnesota United during the Major League Soccer team’s season to honor veterans and military service members through the Eye of the Loon program. There is a single red seat at Allianz Field in St. Paul that’s reserved for an honoree during each Loons home game.

Due to COVID-19, the program took on a different look this year. Honorees visited the stadium for a social-distanced and highly precautioned video/photoshoot prior to game day. With no fans in attendance, video packages honoring our featured veteran employees were aired during the broadcast on Fox Sports North and posted on social media, reaching more Loons’ fans than ever before. 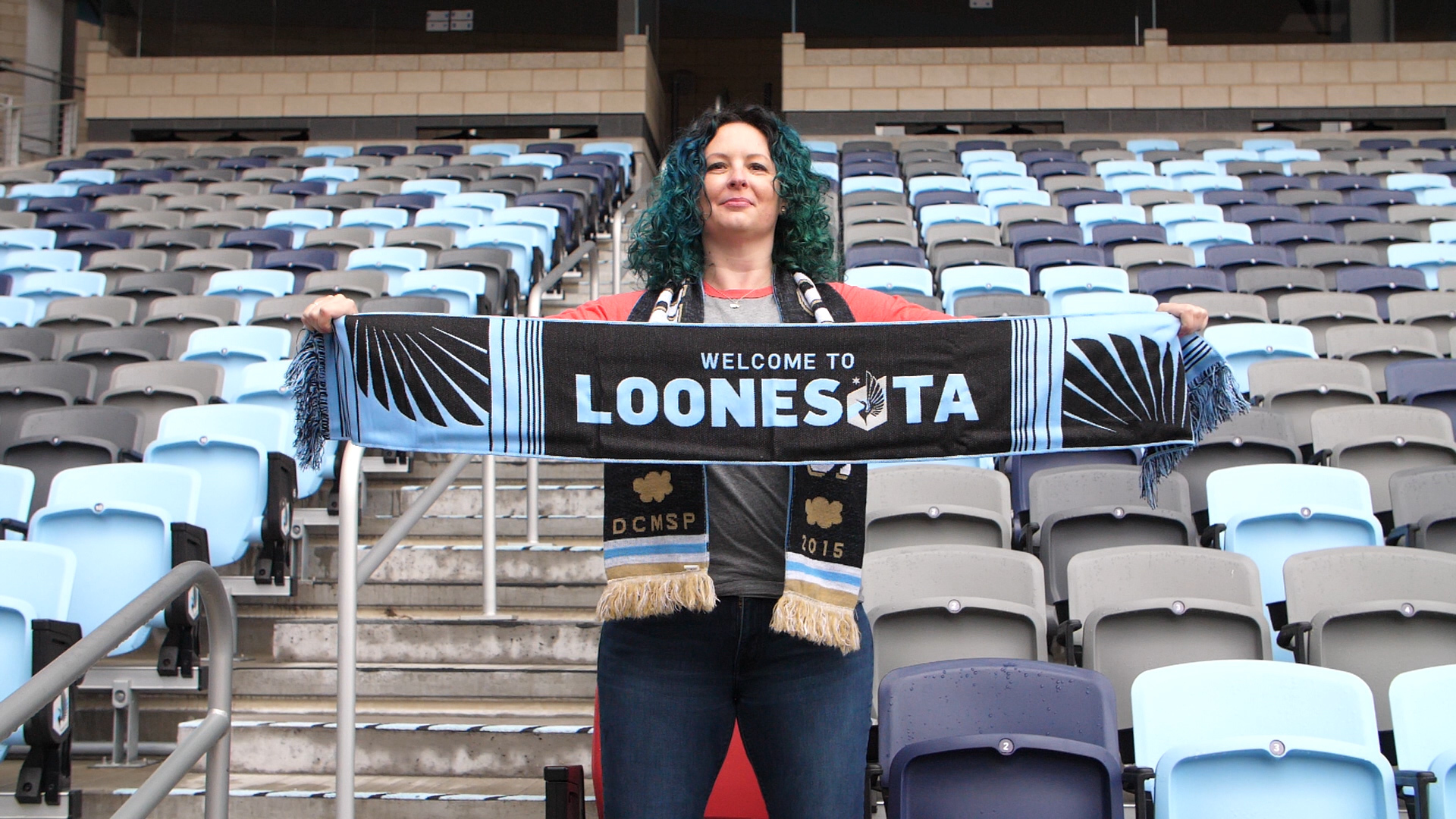 Although several community sponsorships and events were canceled last year, Xcel Energy reimagined its approach and found new opportunities to ensure the safety of the public while still offering value. From digital messaging and contactless activities to product giveaways and charitable contributions, the company devised creative alternatives for many of its traditional sponsorships and in-person events.

After a major sponsor backed out of the annual Sioux Falls, South Dakota, fireworks show, Xcel Energy stepped in as a new sponsor and helped the community carry on this annual July 4th tradition. In Eau Claire, Wisconsin, the company continued its long-running support of several community events, including the annual ChalkFest. Normally held on the campus mall of UW-Eau Claire, the event shifted to a virtual setting where artists uploaded photos and video of their progress.

The Minnesota State Fair, an Xcel Energy-sponsored event that attracts more than 2 million visitors every summer, pivoted to the Minnesota State Fair Food Parade, a drive-thru experience that took place in August and October. The company contributed more than 20,000 LED light bulbs to visitors’ goody bags and planted two large banners on the parade route, which promoted our electric vehicle programs and incentives. 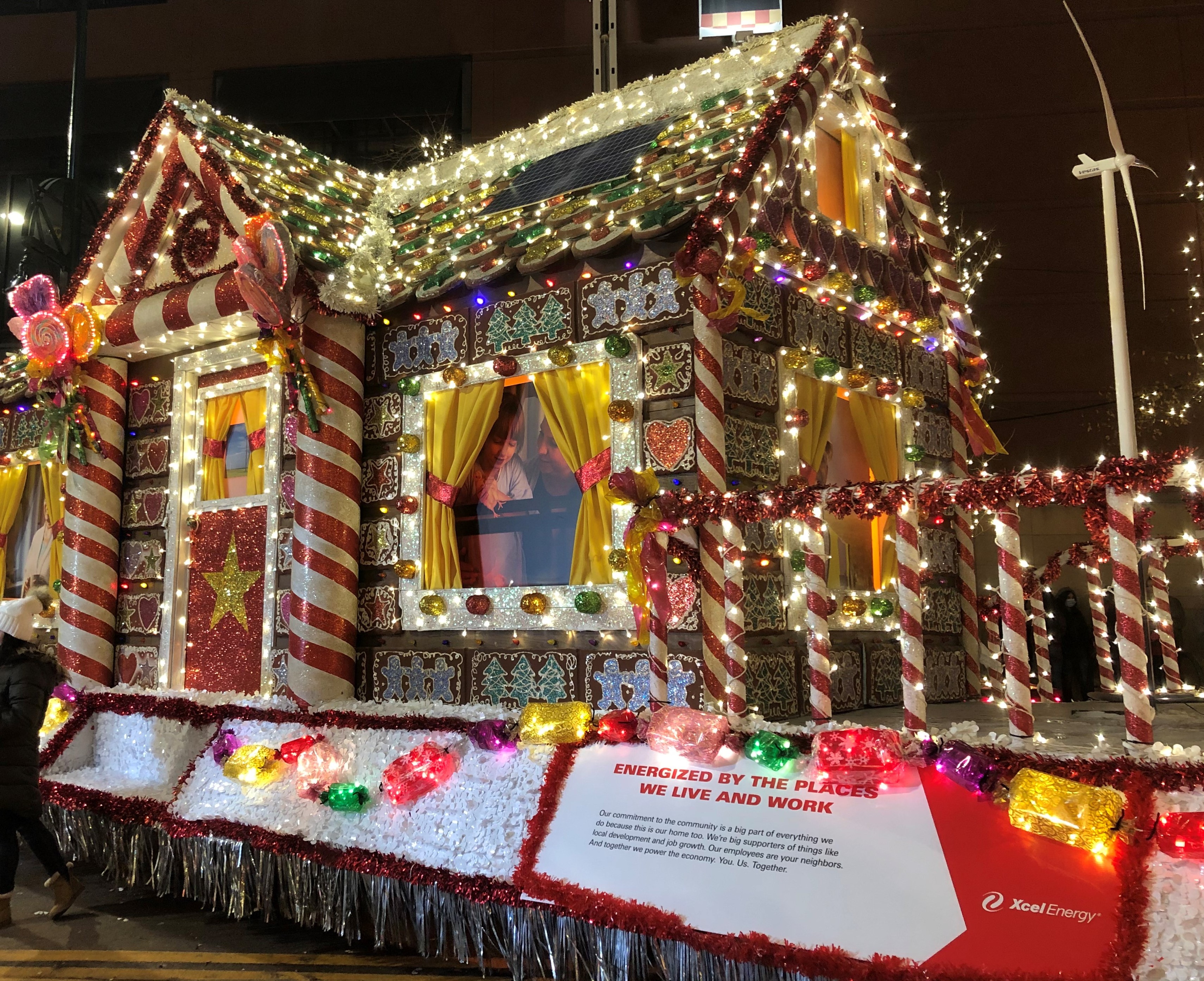 One of the company’s longest-standing partnerships and holiday traditions, the 9NEWS Denver Parade of Lights, scaled down its two-day procession to Winter in the City, where the public could safely view floats throughout Denver and celebrate the season with loved ones in other socially safe ways.

If traditional events and sponsorships were unable to move forward or transition to a safe environment, the company often chose to still contribute the allocated funds to the organizations ensuring that we continued to support our community partners and that our messaging and brand visibility still came virtually.